I have now a library of nearly nine hundred volumes, over seven hundred of which I wrote myself.
--Thoreau

...he spent whole days and nights over his books; and thus with little sleeping and much reading, his brains
dried up to such a degree that he lost the use of his reason.
--Cervantes

A philosopher who has evolved his entire thinking from the fundamental themes of the philosophy of
science...if he wants to study the problems posed by the poetic imagination.
--Bachelard

All art constantly aspires towards the condition of music
--Walter Pater

music is perceived in and through time alone, with absolute exclusion of space
--Schopenhauer 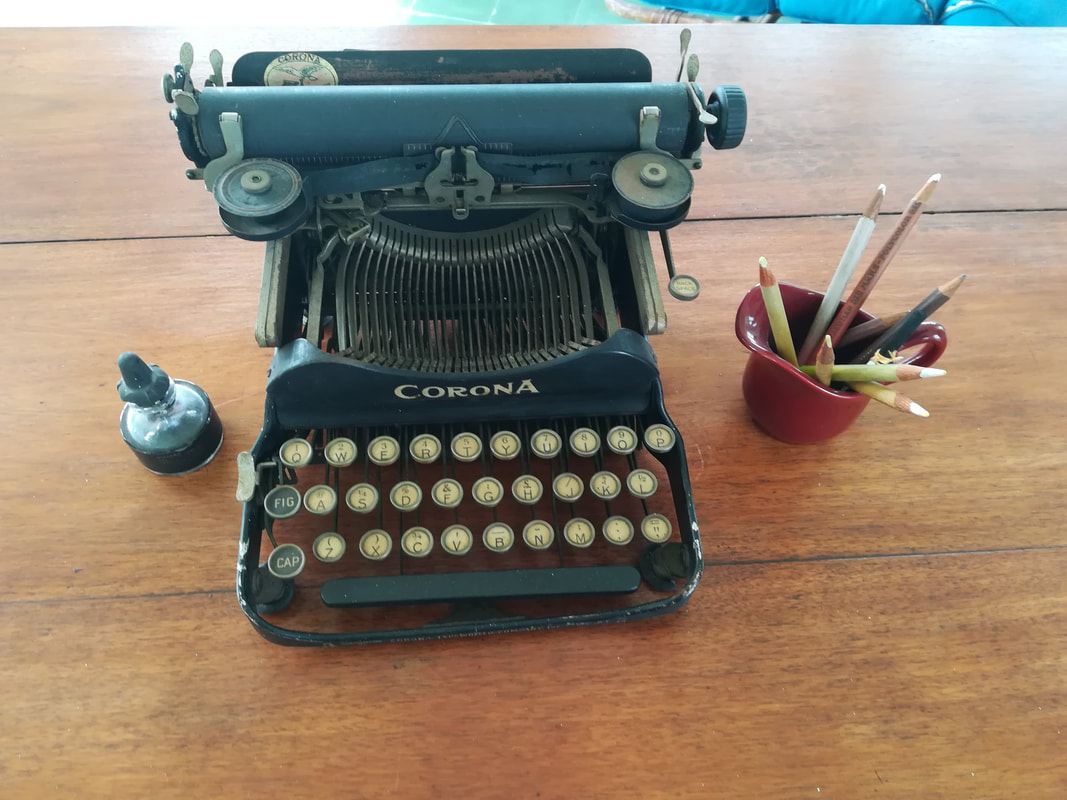 Those are the keys, right there: "He was an old man who fished alone in a skiff in the Gulf Stream and he had gone eighty-four days now without taking a fish..." I paid with ten days of intemperate gut to get there. 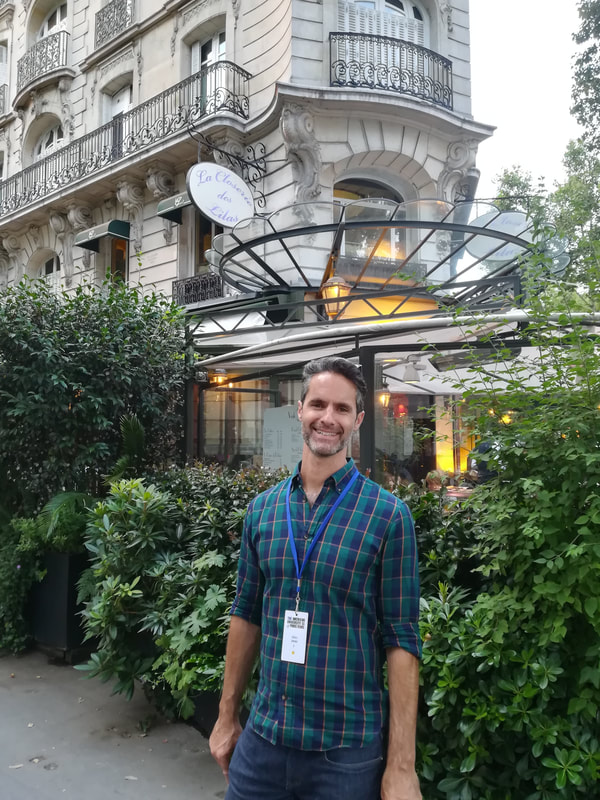 Too cheap to plunk down the change for a drink at Hem's cafe, but I stood outside and wore my fancy name tag. 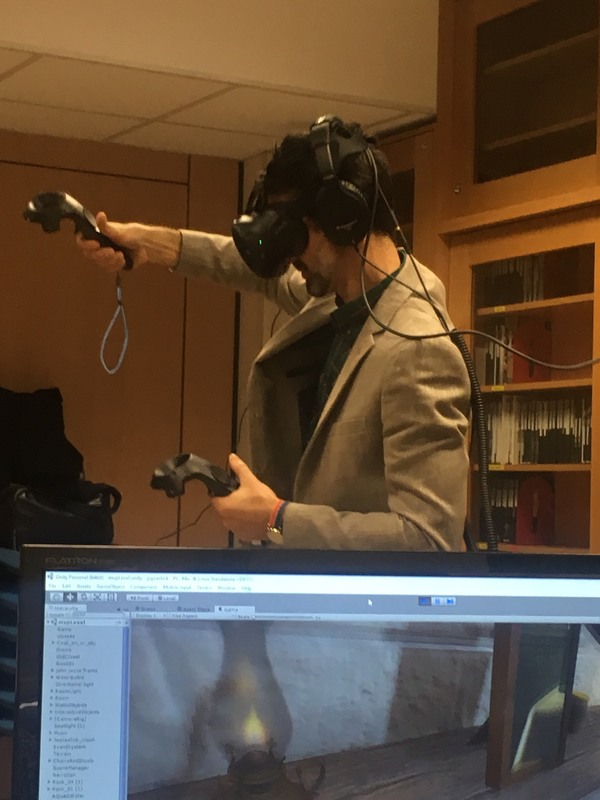 At the X Annual International Jame Joyce Foundation Conference where I presented my paper: The Parenthetical Screen: A Formal Training of the Codic Eye in Joyce’s “Circe.” Here I am trying to smash a virtual glass in the Martello Tower in Boston University's installation "Joycestick," a virtual Joycian world. Special thanks to Joseph Nugent and his team. I also might be trying to throw Ulysses around the room (no respect). After spending ten minutes in this world, I was sweating profusely and had heart palpitations. Good thing? Maybe. Definitely powerful. No technological doomsday talk now, but I do wonder where we are going with all this. I have my own ideas of our destination, but they haven't put me in charge of the world yet. Soon. 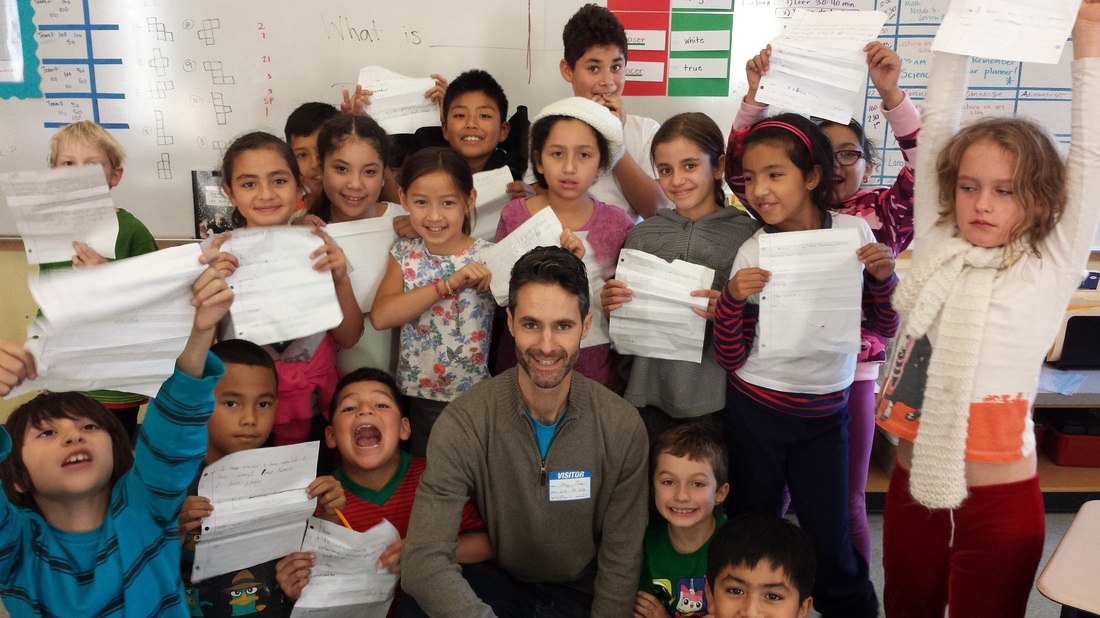 I conducted a writing workshop with the full-immersion fourth graders at Rosa Parks Elementary in Berkeley, California. Students learned about guided free writing and surrealist techniques including the Exquisite Corpse. Notice that one of these excellent students shows her investment in surrealist practice by putting on her best Desnos trance look.

The Coffee House Series at University of Puget Sound kicks off the event season with an open mic featuring Laura Krughoff. Read the article. Recent events also include a literary trivia night. 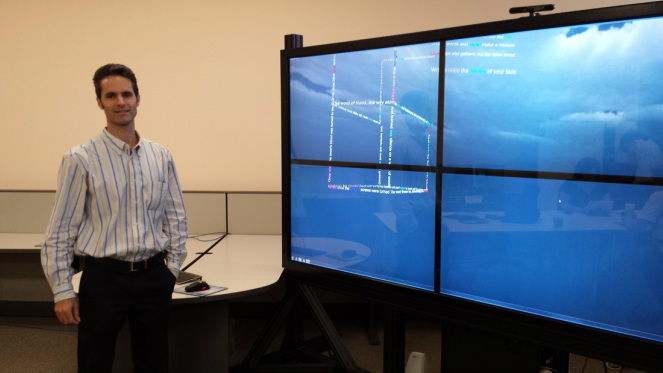 Presenting the demo video of the DT Machine at the University of Arkansas on their six screen integrated presentation monitor at the Digital Humanities Summer Research Institute. I am presently working with programmer Billy Rathje on developing a prototype for this interactive poetry analysis game.
"Ultimately, the fact that the head was missing ceased to be relevant as enough was found
to allow him to be identified, and thus to be returned to his family and buried"
--Robertshaw and Kenyon, Digging the Trenches: The Archaeology of the Western Front